When Nana Come To Stay

We all love our Nanas. They love us back. What happens when they move into your home as they need your help and support? When they feel they should be in charge but keep nipping to the shops for bread several times in a single day? Or believe the relatives that have long since passed away are still with us? When they disapprove of your husband, and your children?

How would relationships change if Nana scoop £8 million on the lottery? 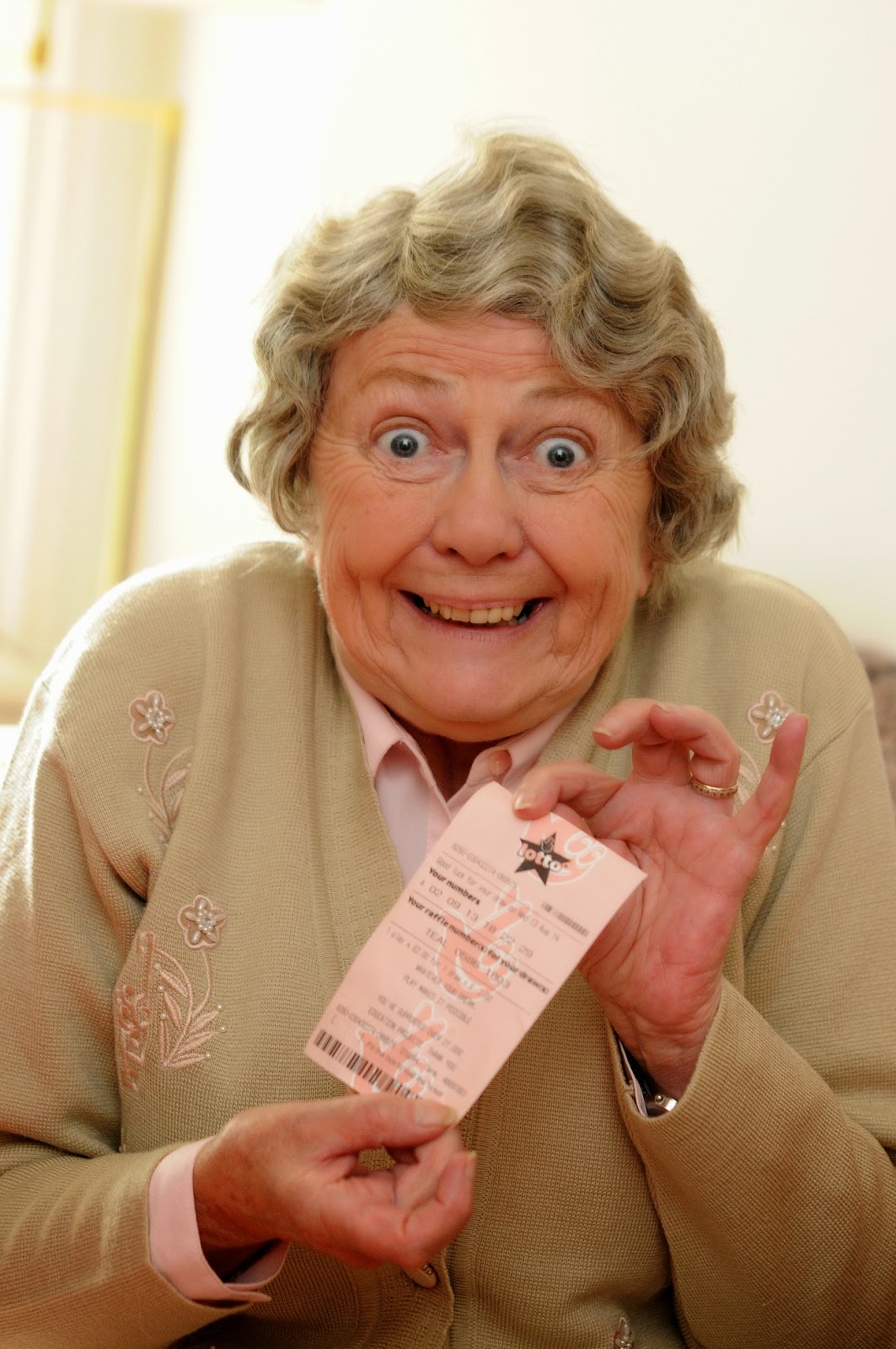 Lucky Numbers describes such a pickle. Nana Patterson is played by the lovely Pat Dunn, who was recently in the BBC’s sitcom Hebburn, in Mike Yeaman’s clever tale of family friction. Nana is a cantankerous old busy body who sticks her nose into the family’s business in a benevolent way. Jayne Mackenzie plays the daughter who is under pressure to please but never seems to make the right decisions in life. The onstage chemistry between these two great actors helped set up both the laughs and the empathy for the family as the story unfolded.

The audience laughed on many occasions throughout the play as Husband Ronnie, played by Pip Chamberlin, tries to chill out in his own house whilst his son Steven (Michael Addison) plays on his computer games and daughter Lisa (Harriet Ghost) hangs around bus stops as a goth picking up bikers who have yet to actually buy a bike. Michael and Harriet do come across well as a pair of siblings who often pick fault with one another. Pip ensures the husband comes across initially as loving, laidback and, at times, lazy. Michael Strassen has directed a play which keeps the story and chuckles flowing.

The play was the winner of the 2008 People’s Theatre People’s Play Award and been performed across the world since then in a number of languages. This will be down to, in part, Mike Yeaman’s hilarious script.  It is also funny because the cast present a believable normal dysfunctional present day affectionate family. Pat Dunn’s Nana character, in particular, has a number of traits that the audience could relate to and this helps her get many laughs.

A very funny evening which The Customs House, cast and crew should be justifiably proud of.

Tickets
Tickets for Lucky Numbers at the Customs House, South Shields, priced from £14 or £26 including an evening meal, are available now by calling 0191 4541234 or visiting www.customshouse.co.uk