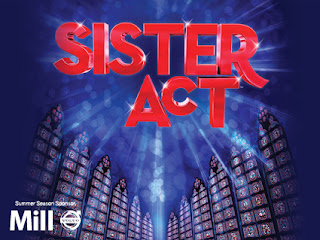 Newcastle Upon Tyne Musical Theatre company's 2015 production of Sister Act is a 'Divine Musical Comedy' is based on the 1992 film of the same name. 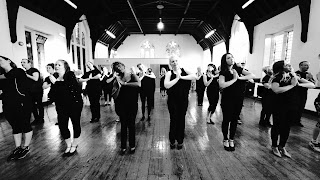 This feel-good musical tells the story of aspiring disco diva Deloris Van Cartier (Lauren Gordon) who, whilst trying to work her way to the top in 1970s Philadelphia, falls in love with a very tough and very married gangster boyfriend named Curtis Jackson (Leon Gill). However, when she witnesses him committing a murder, she ends up, on police orders, hiding in a convent whose parish has fallen on hard times. 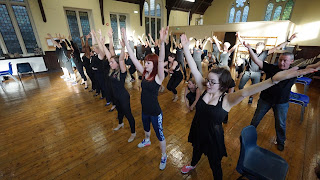 Though the sequin-free lifestyle doesn’t agree with her, Deloris finds her vocation working with the nun’s choir and breathing new life into the dusty convent whilst at the same time, discovering a sisterhood she’s never experienced before. 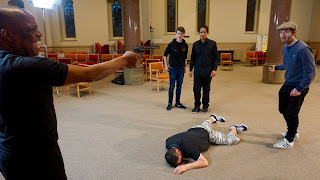 Tickets
Sister Act runs from  Tuesday 21st July until Saturday 25th July at 7pm with matinee performances at 2pm on Thursday 23rd, Friday 24th and Saturday 25th July.
Tickets can be purchased from the Theatre Royal Box Office on 08448 11 21 21 (all calls are charged at 7p a minute plus your phone company’s access charge, calls from mobiles may vary, please contact your operator for details) or book online at www.theatreroyal.co.uk