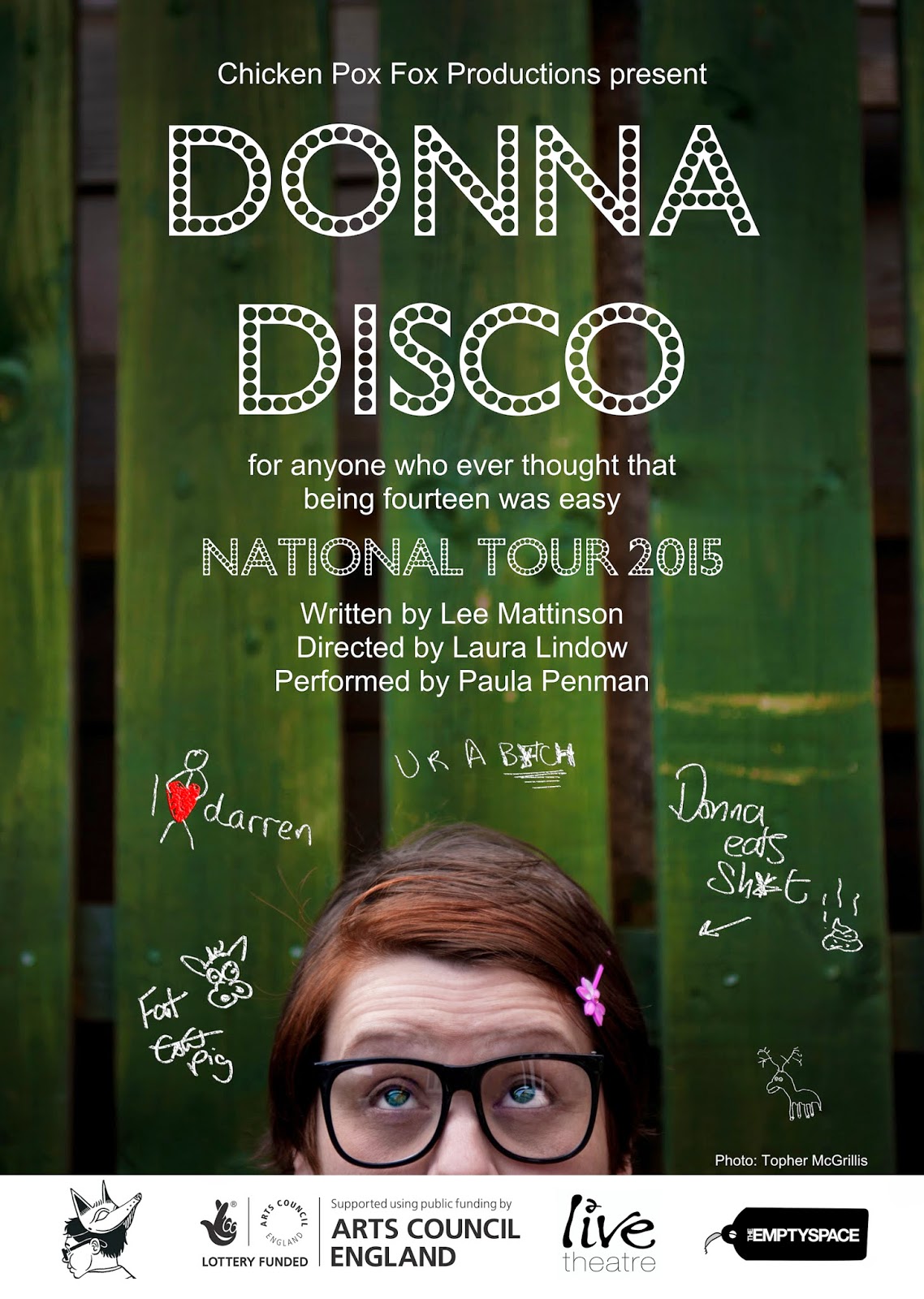 For anyone who ever thought thatbeing fourteen was easy...
Donna is fourteen, clumsy and fat. She’s bland, bespectacled and, if she’d ever heard of The Beautiful South, she’d adore them. 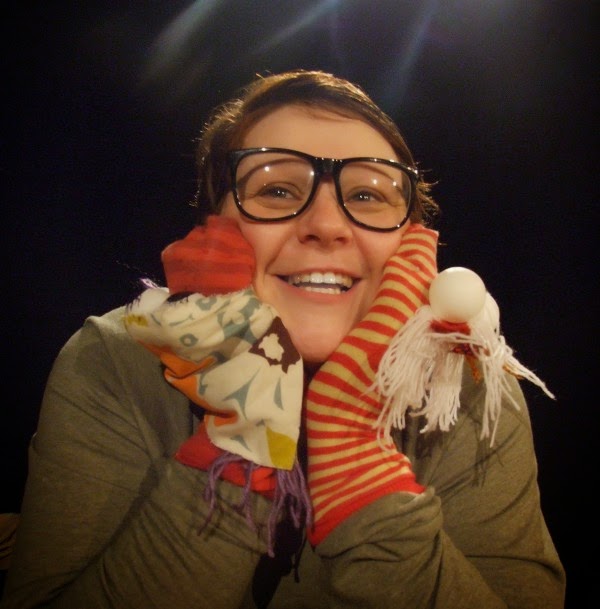 She also has a new school project, to source a stranger’s story and present her findings at the annual Christmas Pageant. And so Donna takes it upon herself to befriend the colourful cross-dressing butcher from downstairs.
But when her mother goes AWOL and an innocent crush on a local pretty boy goes hideously wrong, Donna’s world begins to disband and the disco that plays in her heart is in danger of grinding to a glittering, gobsmacking halt.
Originally commissioned by Live Theatre and supported using public funding by the National Lottery through Arts Council England & supported by The Empty Space and Dance City through This Way up.
Chicken Pox Fox is a show and tell theatre company founded in 2010 by writer Lee Mattinson and performer Paula Penman.  Their first show Donna Disco was produced to critical acclaim in 2011 and our most recent one woman show premiered at the Bush Theatre’s RADAR Festival in 2013. They are currently working on a mockumentary film project, a country and western musical and a multi-narrative project for radio.